Ahhh, the Wrangler. Few cars have captured our imagination like this sparky 4×4. Generation after generation, the Wrangler continues to tantalize and stoke the off-roader in all of us. Here are the five reasons it’s a Car We Love: 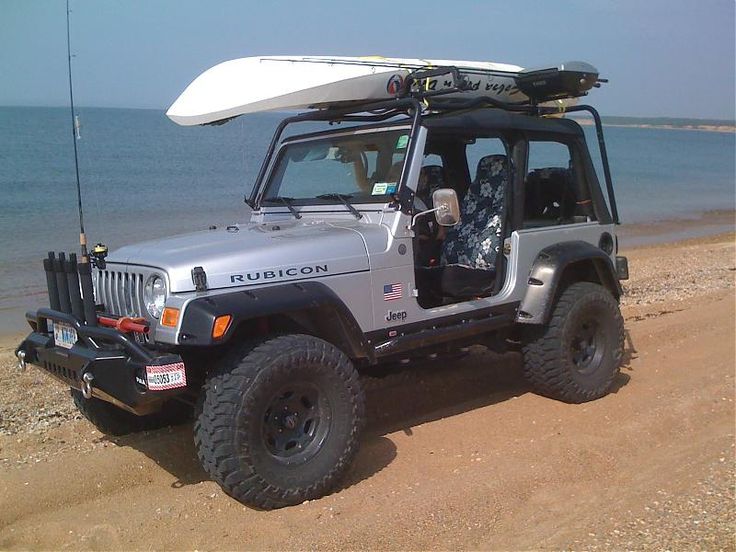 Kids are a good barometer of a car’s coolness, and the Wrangler is the rare car that’s just as likely to be in a toy bin today as it was forty years ago. The reason for its enduring popularity becomes instantly clear as soon as one drives by with its top down and dog or surfboard in the back.

Beefy tires and a rugged aesthetic conjure up a sense of adventure and possibility, while the removable doors and roof make it one of the dreamiest cars on the road. Is there anything else that would be the transport of choice for GI Joe and Barbie and Ken? Highly doubtful.

2) It’s the original utility vehicle
You know a Jeep when you see it. In an age of anonymous me-too crossovers, the Wrangler stands out. That’s no mistake. From Jeep’s stubborn insistence on solid front and rear axles to its beefy no-nonsense interior designs of the pre-2000s JK era, everything about it is utilitarian. Big headlights and a sparse, iconic face. Removable pieces, a stock feature, to fit whatever the project or destination. Even Jeep’s name, rumored to have originated as a shortening of the military’s “GP” designation for it, is no-frills and delightfully purpose-driven.

Chrysler’s 1950s acquisition of Jeep brought the military-inspired design to the masses, essentially giving rise to the utility vehicle consumer category. Ever since, the SUV has become the most popular category in the US, and every SUV built since winks in the Wrangler’s direction as it rolls off the factory floor.

3) Great for the zombie apocalypse
With 4×4 capabilities, impressive suspensions, and locking differentials standard on many Wranglers, there are few places it cannot go.

The Wrangler can scale walls, crawl through mud, and eat boulders for breakfast. In the event that you need to make your apocalyptic escape, it’ll take you everywhere zombies can go (and some places they can’t). For many owners, the Wrangler is an infinitely modular frame to be modified to their heart’s content. As a result, the market for Wrangler modifications and parts is just bonkers. Lift kits, tires of every imaginable size, struts and suspension systems—there’s a longer list of potential mods than you could ever hope to try out. So if it’s personalization you’re looking for, the Wrangler’s got it in spades.

5) It holds its value

The broad enthusiast market means that the Wrangler is perennially in demand. It’s a repeat name on KBB’s list of cars that best retain their value, and in addition to their popularity on Craigslist and 3rd party websites, they have a huge network of forums and community support. Heck, there’s even the Jeep Wave and an accompanying set of waving etiquette for greeting your fellow kind.

And while build quality is often cited as a quality ding for Wranglers, its 4.0L inline engine is respected for its reliability, and replacement parts for the other parts are readily available and cheap to replace. In other words, if you’ve got a sense of humor and a sense of adventure, the odd Jeep snafu won’t be the end of the world.

So for these reasons and more, the Wrangler is officially a Car We Love. In the market for one? Check out the Jeeps Shift has in stock. Also, if you haven’t already, check the first Car We Love: the Tesla Roadster.